The Trust was set up in 2010 by a group of local people from the Formartine area in Aberdeenshire with an interest in the river.

The Trust’s covers the catchments of the River Ythan, Water of Cruden, Slains Burn and several small coastal streams. The total area amounts to 769 sq. km. The length of rivers, tributaries and streams is more than 450 km.

The Trust’s work is primarily focused on the inland and coastal waters of the River Ythan Trust area. 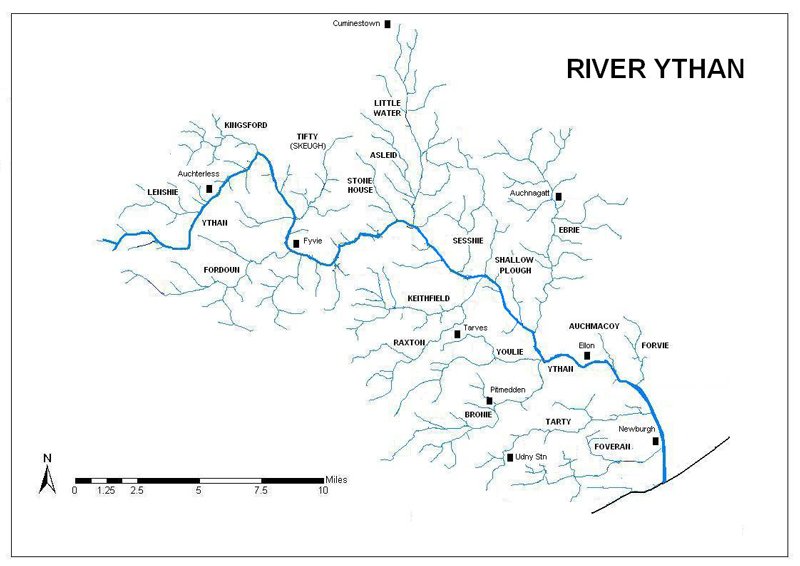 Michael is a retired self employed building contractor.  50 years an Ythan angler with hands on experience of river habitat improvements and easing passage for fish migration.

Mark is a Chartered Surveyor in Rural Practice.  Factor of Haddo Estate since 1991 which has a lengthy section of fishings from below Ythanbank to Gight (all available through The Haddo House Angling Club) and Clerk to the Board since 1991 with a keen interest in the whole river and improving habitat for fish throughout the catchment.

Retired physicist. Enjoys the outdoors and all therein. Landed first salmon at Fyvie in February 1957.

Anouk is an Aberdeenshire councillor for the Ellon & District ward who has had a keen interest in the river Ythan since she moved into the Ythan catchment area over 20 years ago. The work the River Ythan Trust does, helps to sustain all wildlife on the river. To Anouk, specifically a healthy presence of salmon and sea trout represents the heartbeat of the river.

Mark is a retired ecologist, who worked for many years at Aberdeen University, studying the response of freshwater invertebrates and fish to varied water quality. He also spent some years on the North Board of the Scottish Environment Protection Agency and its predecessor bodies. He lives in the Ythan catchment area and have a special interest in the river and the adjacent environment at and near Gight.

The Trust holds it's Director's and Annual General meetings in January.  Find out about upcoming meetings and download meeting minutes.

The Angling Development Board of Scotland (ADBoS)

Angling Development Board for Scotland

The Ythan District Salmon Fishery Board is a member of Fisheries Management Scotland.